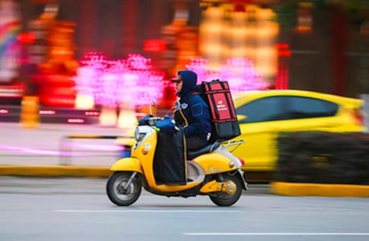 The news during each country’s lockdown has gone through the same phases. From initial doom and gloom about the spreading virus to some positive news around better air-quality, lower levels of pollution, work-life balance and calls for business to make working from home a longer term change. However, as the virus infection rate comes under control, things start reverting to type.In Shanghai, public transport is crowded, just as it used to be. Air quality is back to the red zone most days. While some businesses (including the one I run) are experimenting with roster-based attendance schemes most seem to be back to full-time in the office. It looks like we’ve learned nothing, changed nothing from the horrible experience of COVID-19.

In the rest of the world, as restrictions lift, I see articles about how long term working from home is bad for mental health. The initial outpouring of support and sympathy for migrant and day-wage workers seems to have faded now and everyone who’s ensconced in a cozy space of their own is still finding it all too hard. From initial support for staying home, I find a lot of people questioning the efficacy of such moves and making claims that flattening the curve only means delaying when everyone has had COVID-19.

Separately, the blame games have begun and are well underway. China seems somewhat isolated and there’s a lot of bad press internationally, but as they seem set to be the first major economy to recover, will that continue? Will any soul-searching take place amongst the leadership either in China – which, no matter how you look at it, is where COVID-19 started – or elsewhere in the world where initial carelessness led to such a rapid spread of the virus that multiple countries have alarming fatality numbers that completely eclipse those from China? I somehow think not.

We’re seeing the same old scripts play out. The Travel industry will be hit really hard but already its barons are holding their hats out for government bailouts (funded by taxpayers, of course). Apparently the worlds top 10 billionaires added some new obscene level of wealth to their net worth in the last couple of months. Businesses are firing people and cutting costs so that they can still deliver to their shareholders. So much for looking after employees.

The reality is, apart from some businesses that are hard hit, most will recover and carry on much as they were before. Weak businesses that were going to fail anyway will have failed faster, but that won’t stop new ones from popping up with the same business ideas. To give you an example, even if some airlines go out of business now, when air travel returns to its previous peak in 12-18 months, lots of people will think about the excess capacity (unused airplanes still available for lease or purchase) and seeing a short term opportunity, will jump back in. Gold’s Gym may have closed because it was heading for closure over a long period but once people start returning to gyms someone will either buy them or launch a new chain of gyms to get all the customers who developed some training habits at home over the last few months. Many restaurants will close now, but many new ones will come up as replacements in months to come. In some cases business models will be tweaked and optimized – like gyms/personal trainers trying to drive an online training component as well as onsite, or restaurants doing a greater proportion of takeaway as they reduce seating to provide more social distancing.

Those aren’t bad things. Economic resilience is to be celebrated, after all. The one missed opportunity though, is in recognizing the value in lots of jobs that we underestimated before. Things which are now recognized as essential services will go back to being taken for granted, which is a pity. The COVID-19 crisis has shown that people who grow and distribute food, provide medical services, keep the utilities running, clear the trash and clean our streets, homes and public places are absolutely essential. Yet, for the most part they remain underappreciated and underpaid.

Once the crisis is over I suspect we will cease to appreciate how much these people helped and miss the chance to re-evaluate the excessive value we place on office jobs that are, ultimately, deemed entirely non-essential in a crisis such as this.

This is an area that requires a change in how we value jobs. Why is a piece of software able to make a billionaire of Bill Gates while the ability to produce real food doesn’t allow a farmer in India to even have a subsistence level income? That is a fundamental imbalance in our value equations that requires a change in our thinking. Unfortunately it doesn’t look like the post COVID19 world will demonstrate any such recalibration.