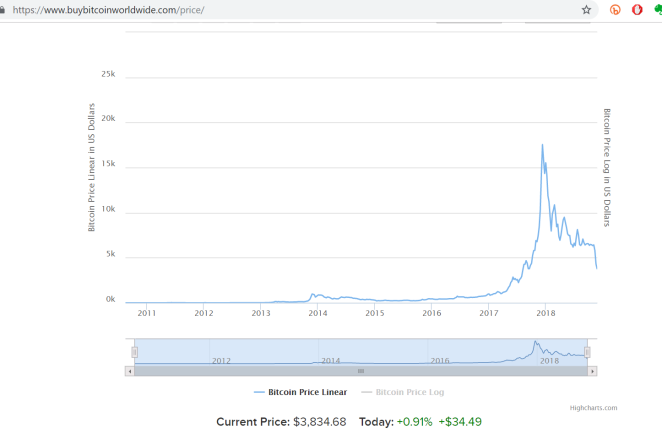 Cryptocurrency is, essentially, a by-product of the blockchain. It comes about when people make the effort to validate a block of transactions and is a reward for their efforts. Simply put, if cryptocurrency values are too high, far too many people are motivated to mine for cryptocurrency and the most trivial transactions will be getting verified. If they’re too low, too few people are motivated to do so and the system collapses since it depends on having enough miners to ensure a decentralized system with lots of nodes. Speculation, will constantly pose risks to blockchain development if cryptocurrency is allowed to be bought and sold speculatively.

The speculators got involved because of the hype. The hype happened because it became fashionable to produce blockchain “Handbooks” for everything and talk about how it was going to change marketing, advertising, banking, supply chain and everything… about 95% of those so called use cases make absolutely no sense at all.

The core of blockchain is a decentralized, immutable ledger to replace trust based systems. However, at this point, that ledger is really expensive to maintain – it takes a lot of processing power and electricity to confirm one block of transactions and add it to the chain. Therefore, we should be really careful what kinds of use-cases we build for blockchain. Trivial ones that are being subsidized by an inflated cryptocurrency valuation need to disappear so that the few cases which really require such a solution come to the fore.

If blockchain is a replacement for trust based systems, where do we really need it? For a large number of real-world transactions, trusted institutions or middlemen exist.  When we make online travel bookings with trusted travel companies like Agoda or CTrip we show up at the airport or hotel knowing that the transaction did take place and that if there’s a problem we can call someone to fix it – in the vast majority of cases, they do. Replacing this system with blockchain doesn’t help a great deal, certainly not in proportion to the cost of validating the transactions with current “proof of work” methodologies. That applies to ecommerce and other platforms as well – Alibaba, eBay, Amazon all work well because they provide  a trust based system.

Banks have been mentioned as a target for replacement by blockchain but the two things that mitigate against this are mining cost and time. Blockchain works on a roughly 10 minute block verification timeline, which means transactions are not recorded in real time – so if you bought currency at a particular moment, it may not get verified for a while, creating some uncertainty around the exact moment at which the transaction happened and the rate at which it was made.

Where do you really need immutable, updated records? This is a good starting point for thinking about blockchain applications.

Think about situations in which someone can show up with an old / fake paper record – say for owning a piece of property or a copyright. Being able to look up copyright / property ownership records online in a blockchain supported database will ensure you see the latest information and verify that it has not been interfered with in any way.

Large food retailers are starting to use blockchain to keep records of how produce traveled from source to shelf – all the various stages it went through and all the companies / logistics steps along the way. If you found a batch of strawberries that made people sick, an online database supported by blockchain would make it a lot easier to figure out where they came from and prevent the problem from getting bigger. The value of that kind of record keeping is perhaps much more than just a proportion of the specific transactions being monitored – in the event of a food crisis having this kind of traceable information is immensely valuable and can save lives.

A stable blockchain system where the reward for confirming a block of transactions doesn’t fluctuate because of speculation is key to being able to maintain this kind of database.

Is it possible to make cryptocurrency immune to speculation? In the original construct of a public blockchain where anyone can be a miner, this may be hard to control, but this is where private blockchains make a lot more sense – although in some ways that goes against the principle of a decentralised ledger.

Striking a balance where blockchain mining is somewhat restricted, but still to a large closed pool of miners, and establishing a different reward system where players pay for block verification as a service rather than speculating on cryptocurrency could make the development of blockchain solutions for real problems much faster.

It’s early days, and the first cryptocurrency boom and bust have cycled through faster than the dotcom boom and bust in its time. However, the real development of the internet, online businesses, ecommerce and so on all happened long after the dust from the first bust had settled and I don’t doubt that blockchain’s best years are ahead of us

Prompted by an interesting article on the financial state of Uber I was led to research the fortunes of various similar companies around the world. The picture I formed after doing so was uniformly dismal – ALL the big ride hailing app companies around the world seem to be losing money hand over fist. This is happening when they’ve each been in business several years and accumulated a large user base – while that base may grow some more, it’s not going to grow quite so fast. If we don’t see profitable revenue now, we probably never will.

Which got me thinking about why this so called disruption hasn’t led to a single financial success, at least at this stage.

The reason seems to be that none of these companies has changed anything fundamental about the taxi business. For a while, they brought in lots of new drivers – private car owners looking to make some extra money – by offering a high proportion of the fare to them. For a while they also brought in new users or changed the frequency of usage by offering very low fares. All of this was funded by investor money.

These companies failed to fundamentally improve the taxi business and create some new, previously undiscovered efficiencies because they raised too much money too soon and spent it on “buying” drivers and customers with subsidies. Each time a company attempts to leverage its dominance by changing price or dropping driver earnings a new competitor comes in and starts undercutting them.

All that these companies will have done in the long run is helped the taxi industry add a simpler and better tool for engaging with its consumers – the mobile app. Apart from that, the app has not created a different market or cost structure that is sustainable over time.

What about the others in the list? Alibaba, Amazon and Face book are hugely successful because they came up with new definitions of retail and media that made the old ones obsolete. AirBnB did something analogous to the ride-hail app companies but has succeeded, reaching profitability and contemplating the real possibility of an IPO. However, unlike ride hail, this category had less of the savage local competition in market after market that made customer / network acquisition so expensive. Also, unlike transport where variable costs are significant and therefore driver revenue / rider fares are not really flexible, renting out an apartment or room involves relatively small variable costs and the possibility of earning something against fixed costs – a logic which leads to more permanent network, flexibility on pricing and overall, a real opportunity to change the economics of the hotel industry.

Just because Uber and its ilk look set to fail doesn’t mean the transportation industry isn’t vulnerable to disruption. All industries are – including yours. The question is, are you going to let someone else do it or are you going to disrupt it from within?

Quotes like these from a company chairman are always somewhat worrying. I see a lot of annual reports where CEOs or chairmen make statements along the lines of “we’ll continue doing what we’ve done in the past since it seems to still be working just fine”.

One that caught my eye recently (and this is not to target any company in particular but just happened to be in a category that I think is in the throes of being disrupted in a big way) was from a global furniture company called JYSK.

Now, while I’m glad the original founder of the company is still happy with the way things are going, I think there are a couple of key trends in this category that all the established players should be worrying about: 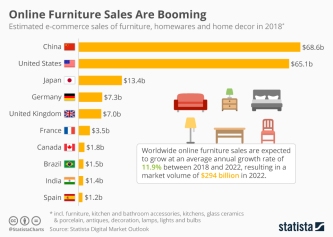 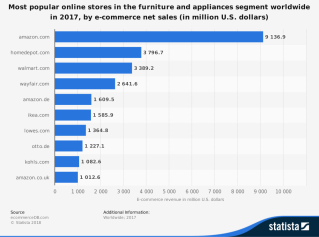 While the online furniture is still only 5% of the total, that 5% is dominated by ecommerce specialists rather than furniture companies. I’m sure people working in the industry will argue that you have to go to a store and see the stuff before you buy it – today’s online marketplaces don’t necessarily replicate that experience, but the technology to do so clearly exists. 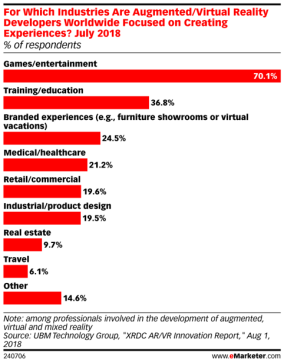 Between the startups experimenting with different retail models and rental rather than outright sales, there’ll be some that focus on delivering a consumer experience comparable to or even better than going to the store.

Once that happens, the online share of total furniture sales / revenue will start changing quite rapidly.

Will one of the existing players get in front of this fast enough to harness the disruption? Or will it be someone new? That depends on how seriously the big players of today consider the impact of technology, consumer trends and the start-up economy on their business.

A lot of people  seem to think that disruption is a concept invented just a few years ago, after the internet and mobile phones changed how we live our daily lives.

Companies and industries were getting disrupted a long time ago.
Throw your mind back a couple of centuries – there was a thriving industry

Let’s jump to our beloved 21st century and the example of Uber which also disrupted an aspect of transportation. Again, there were enough existing players – taxi companies, car manufacturers and car rental companies – who could either have done this first or seen Uber, Lyft and the other startups as an opportunity and invested in them or worked with them in some way. (Having said that I have some doubt whether Uber and it’s ilk have really changed the fundamental economics of the transport business – which means they’ll never manage to make a profit, eventually will all disappear and leave the field to the old players who can then pick and choose aspects of the model to apply).

Obviously, there’s a balance – if management spends all its time trying to think about ways to disrupt its business then there won’t be a business to disrupt – but the point is that companies need to find sensible ways of testing out every possible disruptive idea and when they find one that works, make sure they do something with it. Don’t assume that new ideas and startups are inimical to your business – if you think about your core business differently, they become opportunities to leverage change and lead the industry.